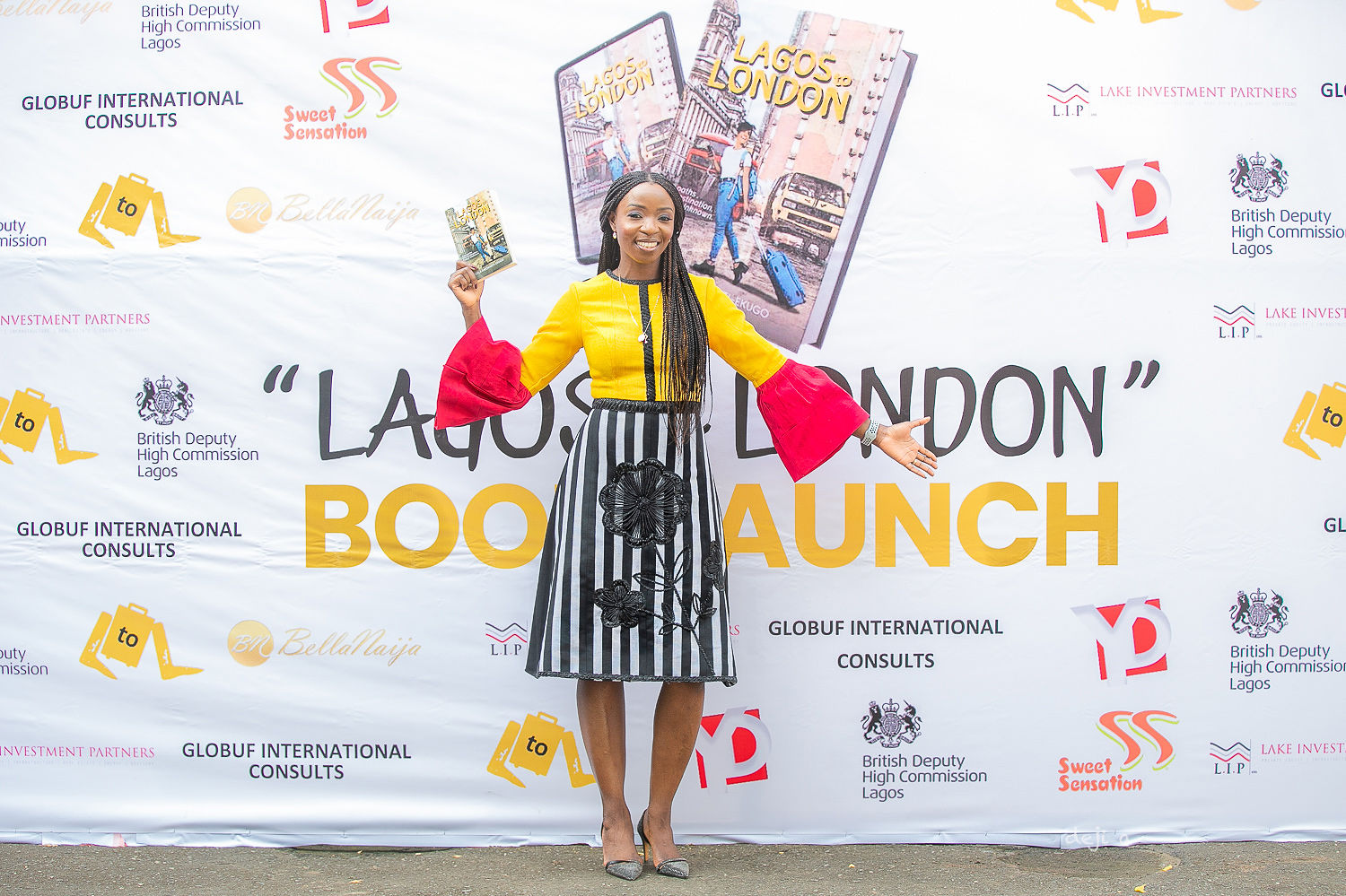 The physical launch of the fictional novel, ‘Lagos to London’ by Lola Aworanti-Ekugo took place on Tuesday the 30th of November 2021.

‘Lagos to London’ book tells a story of the reality in Nigeria today where most people are leaving the country in a bid to seek greener pastures. The novel takes readers on a journey of two Nigerians, Remi Coker and Nnamdi Okonkwo from different backgrounds. They leave the shores of Nigeria full of hope to further their education abroad. Remi, who is from the prestigious Coker family is expected to return home after her law degree to run the family law firm, while Nnamdi, frustrated by the federal university, strikes plans to escape Nigeria and never to return. The story follows their journey of newfound freedom, the realities of life in the United Kingdom, and the dilemma of whether to remain or return to Nigeria.

Also present were students from Chalcedony School with their principal, Mr. Odeniyi Odewale.

The launch, anchored by MC SACO, began with art exhibitions from various artists namely, Oyelade Oyewole, Kareem Oyeneye, and Merenini Williams, who through their artworks, gave their interpretations of ‘Lagos to London’, and promoted the relationship between both cultures, and a beautiful saxophone performance by Fikun Saxofix.

The opening remark was given by Ben Llewellyn-Jones, the British Deputy High Commissioner, and Chief Host of the event. He expressed his love for the book and the story it tells. He said, “Lagos to London touches on relevant discussions, speaks to the cultural exchange and how the relationship between the two countries can grow.”  He went ahead to encourage people to buy the book.

The author, Lola Aworanti-Ekugo, then stepped forward to give a short remark about the background of the book and expressed gratitude for the support and participation of everyone present. She noted that Lagos to London was inspired by her story of leaving Nigeria during her teenage years. In her words, “While it was beautiful to leave the country, it can also be difficult, and many people lose their way. This is a book that inspires you to follow your dreams and find your own path whether it be in Nigeria or abroad”.  Lola hopes that her novel will impact lives and help people discover themselves. She hopes that one day it will be incorporated into the school curriculum given its emphasis on shaping and empowering young minds.

The Keynote Speaker, Architect Tonye Patrick Cole mni co-founder, and former group executive director, Sahara Group went ahead to praise Lola’s artistry, acknowledging that he could easily relate to almost all the characters in the book. He expressed, “The writing was truly delightful, the tension from Remi was poignant and real. The book tells a story of each of us.”

Following this was a short book review session anchored by Oreoluwa Lesi. The book reviewers include Lanre Fatimilehin, President Oxford & Cambridge Club of Nigeria; Chiamaka Obuekwe, Travel & Entrepreneur/CEO Social prefect tours; Chioma Nwachukwu, Student of Chalcedony School; and Richard Ajayi, Founder, House of Dairy. For Richard, “This book encourages young people to be tenacious.” According to Chiamaka, “This book is phenomenal.” Chioma said, “It’s hands down one of the most relatable books I’ve ever read.” Lanre reiterates a major theme in the book. He says, “The book is about choices.”

Sir Olutoyin Okeowo did not hesitate to praise the author’s artistry. He commended her for a job well done.

The book was officially launched at 7:10 pm, after which Mr. Chibuzor Duru, the representative of the Honourable Minister of State- Federal Ministry of Mines and Steel Development, Dr. Uchechukwu S. Ogah, gave the goodwill message and noted that some copies of the book will be shared to people.

Giving the vote of thanks, the mother of the author, Chief Mrs. Oyenike Aworanti, described Lola as multi-talented and narrated her journey into becoming a published author as a great achievement.

The book was virtually launched on the 30th of October 2021 by the Chief Launcher, Fola Oyeyinka, Partner, Blackrose Group, and Former Presidential Advisor, who described the novel as “a well-written book with potential for great impact”.